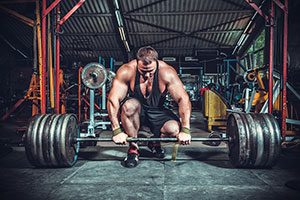 We specialize in powerlifting at Sparta Academy in West Los Angeles. These exercises can have many overall benefits for the body. It can play a very important role in strengthening your muscles, with much of the focus being on the legs, back, and upper body muscles. The intensity of exercises from powerlifting also burns a very high number of calories and can produce some significant long-term effects on your metabolism.

Powerlifting is based around three different types of lifts done in three rep counts.

Many athletes in various different sports use different styles of strength training such as powerlifting and Olympic-style weightlifting and to move quicker, jump higher, and sustain energy longer while performing their specific sport.

When it comes to muscle building, both Olympic-style weightlifting and powerlifting may not be the best routines to get started with. These specific styles of strength training require more weight with lower rep counts. Though it may seem like a good way to build muscle, it is not as effective as bodybuilding workouts, which require less weight with higher rep counts. The largest muscles in the body don’t always produce the most strength.

There are distinct differences between powerlifting and Olympic-style weightlifting. While powerlifting is less technical and focuses on the three rep counts of each lift, Olympic-style weightlifting uses overhead movements such as ‘the snatch’ and ‘the clean and jerk’ which are much more about technique and are done in a single lift. Both of these styles have their own pros and cons and considering these are important when deciding what is right for you and your fitness goals.

Sparta Academy in Los Angeles offers a variety of personal training classes. If you’re looking for some one-on-one powerlifting sessions with one of our elite trainers or maybe one of our other weightlifting classes, contact us or stop by today for more information.